What Do You Think? 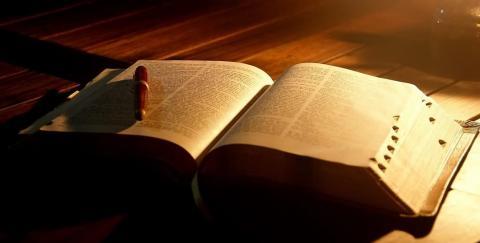 It is not often that you find Jesus asking others what they think. We know on one occasion as He and the disciples were walking through the region of Caesarea Philippi He asked the disciples, Who do men say that I, the Son of Man, am? and then again, But who do you say that I am? (Matthew 16:13,15; Mark 8:27,29). Here Jesus asks the disciples, What do you think?

Do we find it strange that the omniscient, sovereign Lord would ask men their thoughts? We shouldn’t. Jesus was not asking for information that He didn’t already know. Of course He knew what people thought of Him, and He knew that a good shepherd would always care for his sheep to the point he would risk all he had to find one that was lost.

The purpose of asking the disciples such questions was to get them to think about the things Jesus had taught them through His words and His actions. From time-to-time Jesus was confronted by Pharisees, Scribes, and Sadducees who asked Him questions for the purpose of trying to trip Him up, to get Him to contradict Himself, the Mosaic Law, or their traditions and interpretations of the Law. On occasion Jesus would answer their questions with questions.

(Matthew 21:23-27) Now when He came into the temple, the chief priests and the elders of the people confronted Him as He was teaching, and said, "By what authority are You doing these things? And who gave You this authority?" But Jesus answered and said to them, "I also will ask you one thing, which if you tell Me, I likewise will tell you by what authority I do these things: The baptism of John - where was it from? From heaven or from men?" And they reasoned among themselves, saying, "If we say, 'From heaven,' He will say to us, 'Why then did you not believe him?' But if we say, 'From men,' we fear the multitude, for all count John as a prophet." So they answered Jesus and said, "We do not know." And He said to them, "Neither will I tell you by what authority I do these things.

Rather than being harsh and trying to stump people with His questions, Jesus, like all good teachers, prompted people to think about what He was saying and why He was doing what He was doing. Spiritual growth and development do not come by being spoon fed by our Lord and His ministers. We must be challenged to think, to ponder, to even question what we are being taught by the Holy Spirit, by the Word of God, and by those who minister to us to discover for ourselves the truth of God in all that He says and does.

“Lord Jesus, stir up within me the discipline of examination as I study Your Word so that I may take nothing I read and hear for granted. Continue to teach me to understand Your will and Your Word. To Your honor and glory I ask, Amen.”