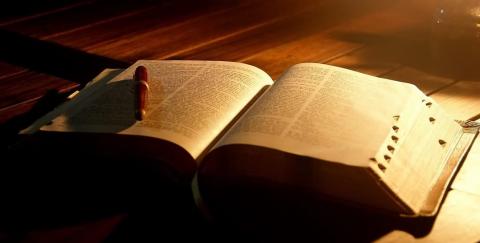 A.T. Robertson tells the story of a time when he was visiting the city of Cincinnati and a blind man introduced him to a blind friend. The blind man said he was showing his blind friend the city. You have to wonder at that. Nancy and I visited the cities of Washington D.C. and New York City on our 25th wedding anniversary. In my mind, 99.9% of what we enjoyed was the visual aspect of our visit - the Twin Towers, Sacks 5th Avenue, Radio City Music Hall, the Washington and Lincoln memorials, The Smithsonian National Air and Space Museum, The United States Holocaust Memorial Museum, etc. I can’t imagine enjoying visiting any city without being able to see the sights. What would be the point?

A blind man, attempting to lead blind men, would fall victim to anything that would be in their way - a wall, a ditch, other people, etc. So it is with religious teachers. If the Pharisees and Scribes were spiritually ignorant and blind, how is it possible they could lead anyone to spiritual light? They can't. This was another reason for Jesus to confront and rebuke their hypocrisy. They were leading people to spiritual destruction just as they were themselves following the path to spiritual destruction.

Mother use to say, “Sometimes God will use a crooked stick to straighten others out.” It is strange but true, God often allows one man to lead many to faith, and another to lead many to ruin. A rich man, a degenerate or reprobate, a heretic, an intellectual, a politician, or a teacher, God will allow to sweep multitudes to ruin. This is not unjust because those who are led are not forced to follow such people. They are free to choose their leaders. In the end they suffer the consequences and are answerable for being led to ruin.

While the 'pit' is a reference to a watering hole for the animals in or near a field, spiritually speaking Jesus is talking about hell. The spiritually blind Scribes and Pharisees were leading a spiritually blind nation of Israel away from Jesus Christ and deeper into their lies and hypocrisy. In the end they will all find themselves on the broad road that leads to destruction.

The same is true today. There are many religious charlatans leading many spiritually blind people down the path to financial, moral, and spiritual ruin. They are popular. They are in the news. They are on the radio and television. They are on the bookshelves. They exalt themselves but they do not exalt Jesus Christ. They and their followers will be separated forever from God.

“Father, keep me faithful to Your Word, faithful to the ministry of Your Word, and faithful in leading others to appreciate, accept, and apply the truth of Your Word into their lives. For the glory and honor of Jesus Christ I ask, Amen.”